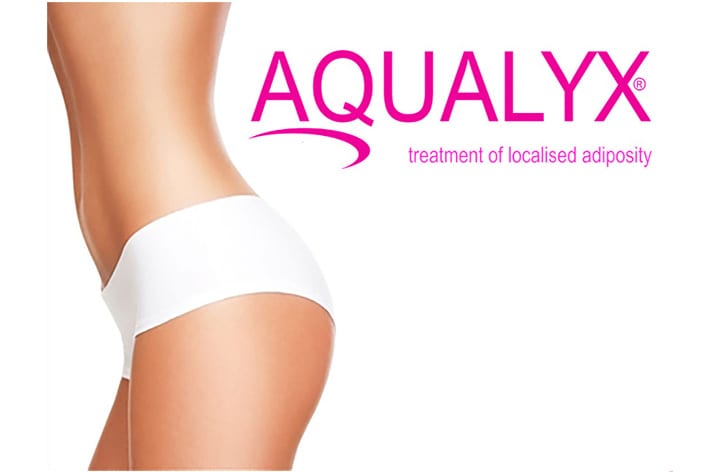 Aqualyx the fat dissolving injection has an aqueous compound solution of 12alfa-dihydroxy-5beta-24-oico cholanic acid sodium salts which is a modified compound of Cholanic Acid also known as Deoxycholic Acid.

Present also in the human body, the active ingredient deoxycholic acid is used in the emulsification of fats for the absorption in the intestine. The naturally occurring acid is perfect for fat dissolving treatments such as intralipotherapy.

AQUALYX offers a treatment for patients who are looking to lose pockets of fat that are difficult to lose despite improving diet and exercise.

When AQUALYX is injected it works by liquefying the fat cells, destroying them permanently and releasing the lipids that are then eliminated and drained naturally via lymphatic system.

Aqualyx is completely biodegradable and biocompatible and has minimal side effects.

WHAT AREAS CAN AQUALYX TREAT?

Aqualyx Fat Dissolving Injections can be used on the following areas:

HOW DOES IT WORK?

Aqualyx Fat Dissolving Injections work by breaking down cell membranes to liquify the fat cell, destroying it permanently, releasing the lipids that are then eliminated naturally through the lymphatic system.

The procedure consists of a set of injections, administered 3-4 weeks apart, whereby Aqualyx is injected into the targeted area.

WHAT CAN I EXPECT IN TREATMENT?

After a pre-treatment consultation your practitioner will mark out the area of concern. Aqualyx Fat Dissolving Injections are mixed with Lidocaine (anaesthetic) before injection for greater comfort and a number of injections in a fan effect make sure the area if fully covered.

ARE THERE ANY SIDE EFFECTS?

As Aqualyx Fat Dissolving Injections are a non-surgical solution it means that there is no downtime and no general-anaesthetic risks. As there are no incisions, stitches are not required and scarring is very unlikely.

However, there are sometimes some minor temporary side effects which can include: bruising, swelling, redness and irritation in the injection area. Sometimes it may feel a slightly tender to touch, numb or itchy but these side effects usually reside after 1-3 days.

HOW MANY TREATMENTS WOULD I NEED?

A reduction in fat deposits can be seen after just one treatment, however between three and eight sessions are recommended to achieve desired results.

WHAT RESULTS CAN I EXPECT TO SEE?

A reduction in fat in the targeted area can be noted a number of weeks post-treatment.

The speed at which noticeable results are seen will vary depending on the stability of the cell membranes; younger clients are more likely to see results after a longer period.

In very small fat pads, the desired results can already be seen after one treatment.

HOW LONG DOES IT LAST?

The results of Aqualyx Fat Dissolving Injections are permanent under the condition of maintaining a constant weight measurement (i.e. assuming you don’t gain weight).

Once the freed fatty acids have been processed through the body’s lymphatic system, they don’t reappear.

However, the procedure is only permanent if you follow a healthy diet and exercise frequently following treatment.

If you regain weight, it is likely that the fat pockets will reappear. If a healthy lifestyle is maintained, the results should be permanent.

Important: Aqualyx Fat Dissolving Injections are a body contouring treatment and not a weight loss solution.

Treatments with Aqualyx Fat Dissolving Injections are only applicable for small, localised areas. 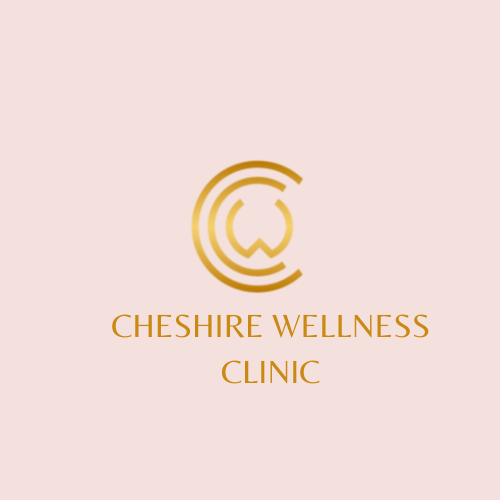